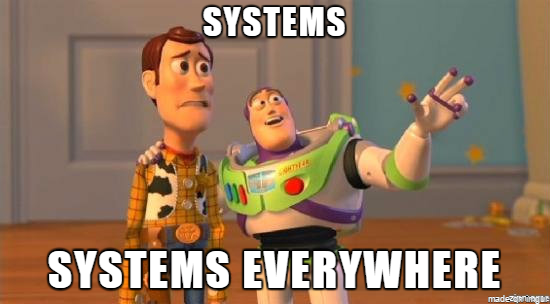 Seeing as the topic this week is systems, I figured i’d start out the post with a meme. Woody’s face is quite reflective of just how much there is to make systems wise. Jokes aside, there really is a lot going on in the backend of our game and I’d like to take a little bit of time to talk about some of the cool things i’ve done with it this week.

For starters, our interactable object system which I talked about last week is more or less done and in working action! The system will create a small interface button which indicates what button to press to interact with the object. This can be toggled on and off at the designer’s leisure and the code that defines what to do when an object is interacted with is left open ended to be whatever we want. You just override a function in blueprint and do what is needed. For example, a flare might delete its instance in the world and add a flare to the player’s inventory. 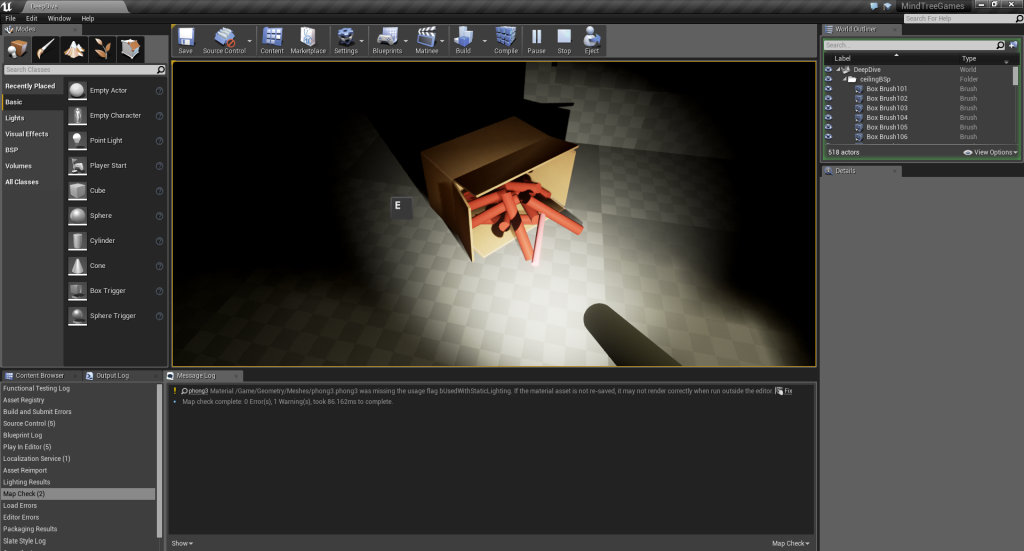 Speaking of inventories, there is now a working inventory system. While it is still in a primitive state and only allowing basic functionality such as add and switch, it is built to allow flexibility across the board. Much of the functionality is open to blueprints despite being C++ based and it is very easy to work with. This will be an important system for the game. It is, however, lacking a few features that will make it even nicer. For example, it currently doesn’t store important information about the objects stored in it, such as how much time is remaining on a light object. This will be improved on further in the near future. A system for defining behavior in regards to an item such as when it is allowed to switch off and what to store when switching is also something i’d like to get in. This would allow each item to behave independently of each other while still making it so the system handles everything. An example of this would be the flare not allowing you to switch to another item while it is lit, but you can drop it or throw it still while a flashlight might not let you drop it, but you can switch whenever.

Another system i’m looking to get into the game is dropping and throwing items. While the prototype does currently feature these, they are very hacky and are in no way written to be good. They were thrown together for testing and will be re-worked to work with existing systems. Currently, these are on the backburner. While they are important to the game, the inventory has a higher priority and it is likely the inventory will provide a lot of functionality useful to these tasks.

While I would like to keep talking about the systems and all the fun stuff I did in C++, there is another important topic at hand which I didn’t mention earlier. This being our stage challenge this week. We’ve worked hard during this stage to figure out our game, do research into topics that will help our game and push our prototype further. We believe we are ready to move on to the next stage and hopefully this will be the result of our challenge tomorrow. It is also important to mention our game now has a working title! It is currently being called The Last Light and the narrative has made some changes since its original incarnation. While I won’t go into those details in this post, I might revisit this topic in a later post.

I have prepared a small video showing the current prototype. It features a new level which better fits the direction our game is currently moving in than the original level we created. I did mention it in my previous post and so you should read that if you want more details about the level.